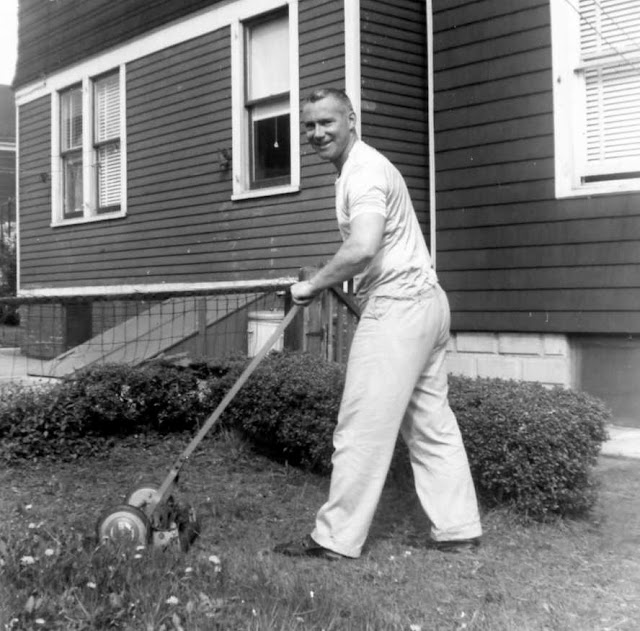 Two weeks ago, I dedicated a post to my mom to thank her for passing on the Positivity talent gene to me and my adult children.  Experts tell us that half of our talents are in our DNA (nature) and the other half are influenced by our environment (nurture).

I began thinking about what influence my dad had on forming my talents; both nature and nurture.  My father passed away in January of this year at the age of 89.  The past few years have been difficult for my dad.  We lost my mom - and his wife of nearly 58 years - in 2015.  He has had four (yes 4) hip surgeries and other ailments that come with advanced age.  I appreciate the care he received at his Assisted Living Center and the love and care my brother and his family bestowed on him in Colorado.

My dad was a "triple-threat" athlete (baseball, football, basketball) and earned a scholarship to play both football and basketball at St. Michael's College in Vermont.  Sadly, his father, a Deputy Chief of Police, died unexpectedly when my dad was a Sophomore.  Given his older brother was in the Seminary and his younger sister was just 11 years old, he left college and got a job to support his family.  He would become an Ironworker by trade, and along the way hold many side jobs from driving tucks to tending bar.

I remember my dad getting up early, rain snow or shine, heading to work and coming back soiled and satisfied after a hard-days work.  I never once recall him "calling in" sick or otherwise and never heard him complain - although I can imagine the work was grueling.

While my mom influenced my heart, my dad influenced my head.  I credit my work ethic to my father, and am sure he would have Responsibility as a top Talent Theme if he took the StrengthsFinder assessment.  For me, Responsibility ranks #12 of my 34 Talent Themes.  It is actually one of the most frequent Signature Talent Themes globally, with 29% of all people having it in their Top 5.  Even though it is not in my Top 5, I do call upon it frequently as it pairs very well with Achiever and Ideation .  Given I tend to leverage this talent often, Gallup would call this a Dominant Talent Theme.

When people unlock their full 34 report, Responsibility is one of those Talent Themes that people cringe at when they see it towards the bottom.  It is important to remember that our Talent Themes don't define what we do - they define how we do. If Responsibility is low for you, it does not mean you are irresponsible - it simply means you use other talents to get things done. 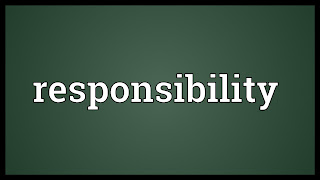 If you or a peer have Responsibility as a Top Talent Theme, here are some ways to make the most of it;

* People with this Talent Theme thrive on new responsibilities.  Keep volunteering for more duties and projects.  Be careful not to over-commit as one additional project might result in "dropping the ball" (something people with Responsibility loathe).  Partner with someone with Discipline or Focus as Talent Themes to prevent you from becoming overloaded.

* People with Responsibility define themselves by the quality of their work and they will resist things that force them to rush.  They want to live up to their commitments but dislike sacrificing quality for speed.  Give them time and let them commit to a timeline that works - once they commit they are locked and loaded.

* People with Responsibility are self-starters and typically require little supervision.  In school, these were the people who hated group projects!  They will thrive when surrounded by others who take their responsibilities as seriously as they do.


Dan is currently serving 20 years to life as the Sr. Director of Destination Experiences at Universal Orlando Resort.  He prefers white-water rapids over data lakes and lists Ideation, Futuristic and Positivity amongst his signature talents.

Popular posts from this blog

Achiever: The Whisper of Discontent 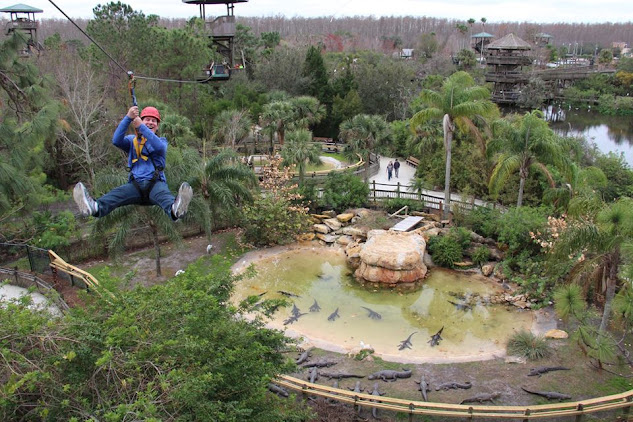 I committed to partaking in a daring adventure on or around my birthday.  My Achiever strength has driven me to keep this promise with myself - like, zip-lining over a pond of alligators last month! So it is Sunday night.  While many are enjoying another great PGA tourney on TV (go Phil!) and are settling in for the OSCARS, I have set a goal of having my first ever blog ready for posting tomorrow morning. Welcome to the  Achiever  theme! Achiever ranks as my #5 talent theme out of all 34 themes through StrengthsFinder.  It is also the most common strength of all of the themes, appearing in the top 5 for 35% of the 15+ million people who have taken the StrengthsFinder assessment. Given Achiever is one of the most common themes, it makes sense that I launch The Strengths Zone blog focused on it.  StrengthsFinder has been very meaningful to me personally and professionally, and I have made it a crusade to launch a "Strengths Movement" within my workplace.  The Strengt
Read more 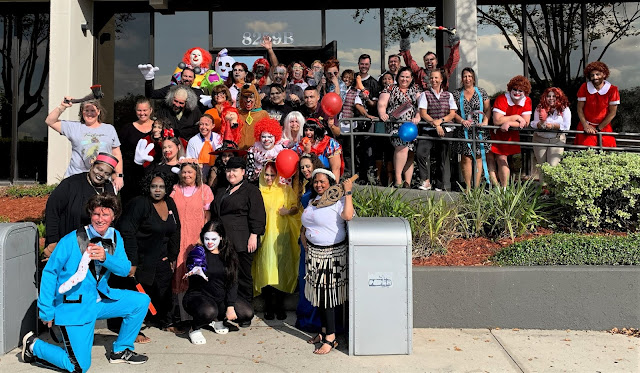 Our 22nd annual Cubes of Abomination had an 80's vibe   In October of 1998, a co-worker and I had an unconventional idea to celebrate Halloween in the office. We encouraged everyone in our workspace to dress in costume and decorate their cubes. Then we invited   peers   from other departments to wander through this improvised, silly and disjointed maze. We did not know it at the time, but this spontaneous event which we playfully   named   Cubes of Abomination , would become the longest running cultural tradition within our Marketing & Sales division. This year, Cubes (that’s what the cool kids call it) celebrated its 24th annual performance. Like the swallows returning to Capistrano, a band of   T eam   M embers once again boldly lived out our value of fun in the workplace; although like last year the 2021 event was in video format vs live.   Organizational culture is defined by our shared behaviors at work. Traditions are formed when the best of these behaviors
Read more 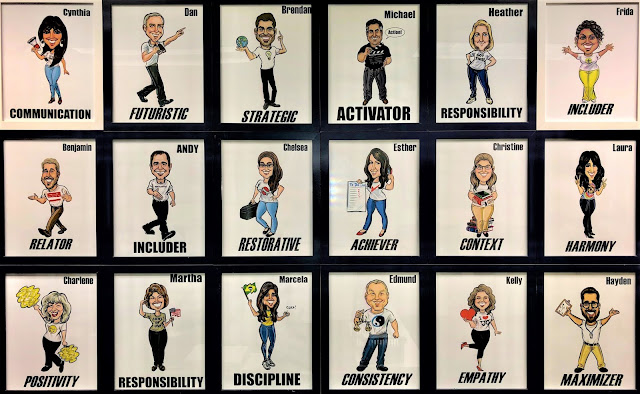 Here are the super-powers of my own team.  We accomplish together what we could never accomplish alone.   I was recently listening to a TED Talk on teamwork and the speaker introduced me to a quote from Abraham Lincoln which is worth remembering; "I don't like that man.  I must get to know him better".   Within the workshops I facilitate on CliftonStrengths, I speak about how we see the world through the lens of our own talents.  What may irritate us about others really helps us understand more about ourselves.  It is very likely that the behaviors and actions of people we work with that drive us a bit crazy are actually talents and strengths which are foreign to us.  In the world of CliftonStrengths, these are "non-talents" near the bottom of your list of 34 that never "fire" or show up rarely within us. One in thirty-three million people have the same "Top 5" CliftonStrengths in the same order.  Bringing these talents to work each
Read more